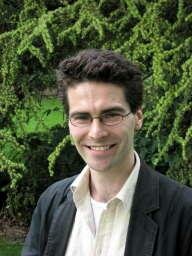 Marcus Tomalin gave a seminar, In Search of `Natural' Speech: Grammaticality, Acceptability, and Speech Technology, at the Edinburgh University Linguistic Circle on 2 March 2012.

In this talk, the perceived `naturalness' of ASR and SMT transcriptions will be considered in the context of on-going debates about grammaticality and acceptability. An experimental framework for exploring these aspects of ASR/SMT transcriptions is described, and a methodology for improving the `naturalness' of such outputs is presented. The simplest ways of modifying an input word sequence are insertion, permutation, deletion, and substitution, and the approach adopted in this work makes use of a Combinatory Categorial Grammar (CCG) text generation system which enables input word sequences to be modified so as to improve their `naturalness'. It is shown that the output produced by the CCG-based system is considerably improved if the N-best generated hypotheses are rescored and reranked using Ngram-based techniques.